Skip to Main Content
It looks like you're using Internet Explorer 11 or older. This website works best with modern browsers such as the latest versions of Chrome, Firefox, Safari, and Edge. If you continue with this browser, you may see unexpected results.
Rose Library - Cleveland Community College

This guide is intended to help students enrolled in CJC 141--Corrections with Erica Ross.

Films on Demand is streaming video service that allows you access to thousands of educational videos that you can use to study, for in-class presentations, and as sources for research papers.

Below you will find several titles found in Films on Demand that might help you with your paper. The majority of videos will have a transcript of the video available (see Figure 1 below). You can use this transcript to pull quotes, summaries and paraphrases for your paper. 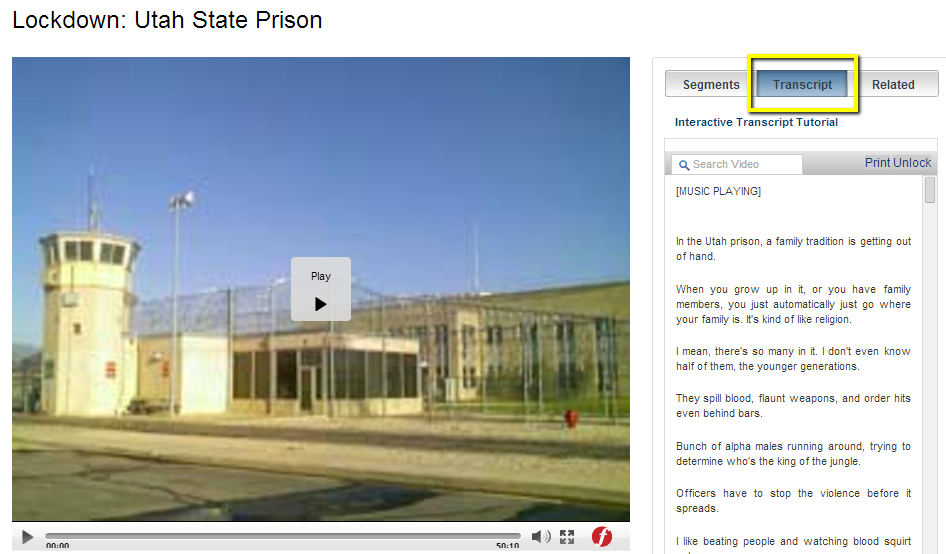